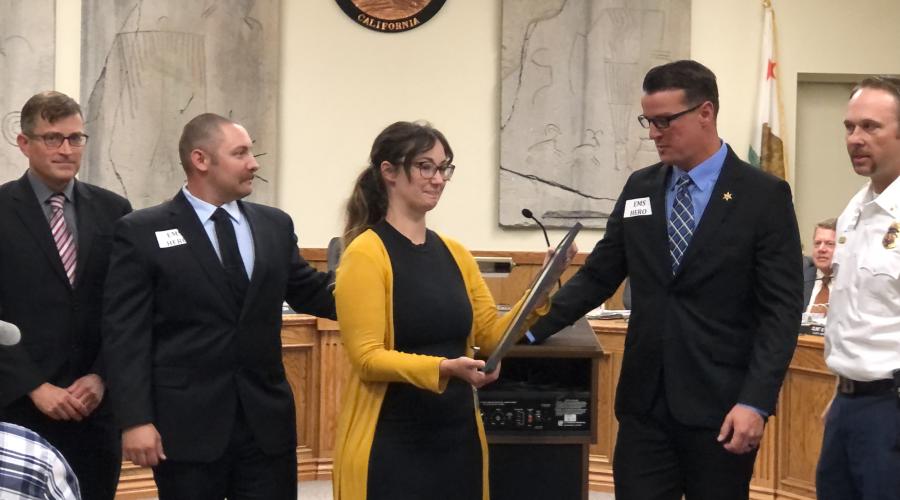 The Inyo County Board of Supervisors issued a Special Proclamation on May 21, 2019, recognizing the emergency response services provided by two Sheriff's Deputies, the Bishop Fire Department Chief, and the ambulance crew who saved the life of a 32 year-old County employee.  On November 23, 2018, Deputies Kenneth Bigham and Phil West responded to a call about a 32 year-old unresponsive female.  Upon the deputies' arrival they relieved the family and continued CPR efforts.  Chief Joe Dell, Bishop Fire Department arrived shortly after and used an Automated External Defibrillator (AED) as a life support measure.  The deputies and Chief Dell worked together to keep the young woman alive until the ambulance arrived to transport her to the hospital.

The efforts of these emergency response providers, combined with those of medical staff at Northern Inyo Hospital saved this young woman's life.  She returned to work four months later as a result of these heroic efforts.