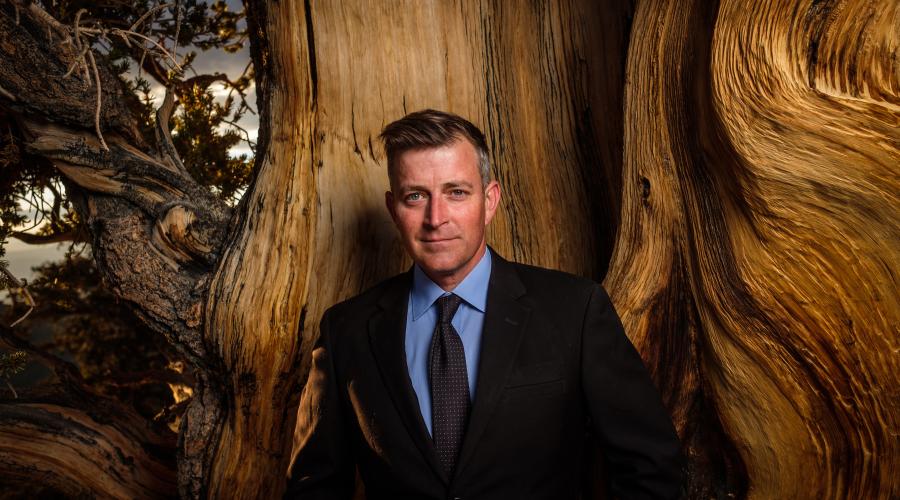 SACRAMENTO – In a big win for the Eastern Sierra, Inyo County Supervisor Jeff Griffiths was elected this week to serve as 2nd Vice President of the California State Association of Counties (CSAC), which represents all 58 of California’s counties before the Legislature and federal government.

Griffiths joins CSAC’s leadership team and will guide the association as one of four officers. As part of his new role, Griffiths will also lead the CSAC Rural Caucus, which includes 27 counties in the Sierra Nevada and Northern California areas.

Griffiths’ successful election – which occurred during CSAC’s annual conference in Anaheim, California – is also a victory for Inyo and Mono counties, which now have an amplified “local” voice at the state level on issues ranging from broadband infrastructure to homelessness and housing to land use and transportation.

“I’m honored to have the confidence of my peers as I prepare to lead the Rural Caucus as part of the CSAC leadership team,” Griffiths said. “My most important duty will be telling the rural story in Sacramento, where, too often, rural areas don’t get the attention they deserve. We need a strong communicator to advocate for rural needs and that’s exactly what I intend to be.”

Originally from Ohio, Griffiths has lived in Bishop since 2002 and has represented Inyo County within CSAC since his election to the Inyo County Board of Supervisors in 2013. Over the course of the last decade, he has served as the CSAC Health and Human Services Policy Committee Vice Chair for two years and as Chair for another two years. The CSAC Rural Caucus has elected Griffiths twice to the CSAC Executive Committee. He has represented rural counties on several ad hoc committees, including the CSAC Homeless Action Team, Cannabis Banking, and Master Plan on Aging and served on the CSAC COVID Rural Working Group to advocate for local control and rural county interests during the pandemic. Griffiths has also spoken at CSAC Institute courses and led panel discussions at conferences.

His CSAC commitments are in addition to those he has with the National Association of Counties (NACo), serving on various committees at the national level.

“Supervisor Griffiths is a welcome addition to the CSAC leadership team and will bring a strong rural voice to the important issues before the Association, such as homelessness, water, and wildfire prevention,” CSAC President and Riverside County Supervisor Chuck Washington said. “I am excited to work closely with him as we chart the course for 2023.”

Griffiths is currently serving his third term on the Inyo County Board of Supervisors. Prior to his election in 2013, he served on the Bishop City Council. Griffiths graduated with a degree in Forestry from the University of Ohio and spent two years in Panama with the Peace Corps, teaching sustainable agriculture and building water systems.