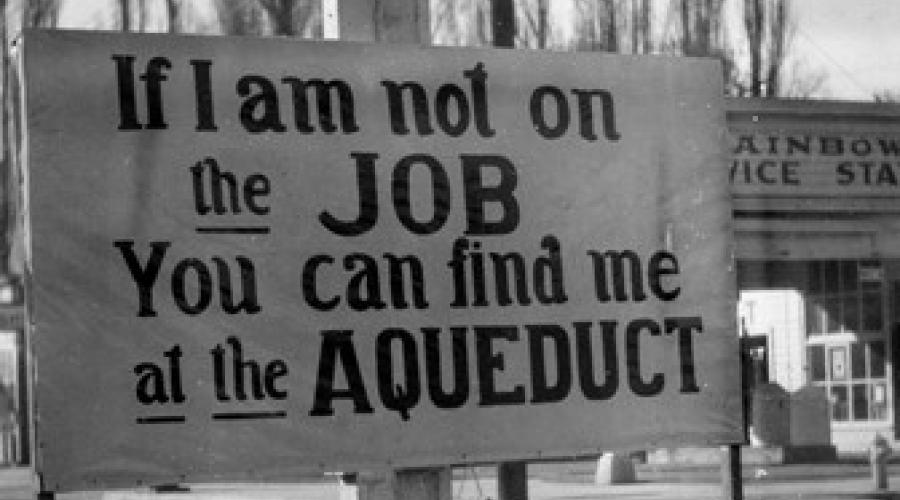 Sign in Bishop during the "occupation" of the Alabama Gates. 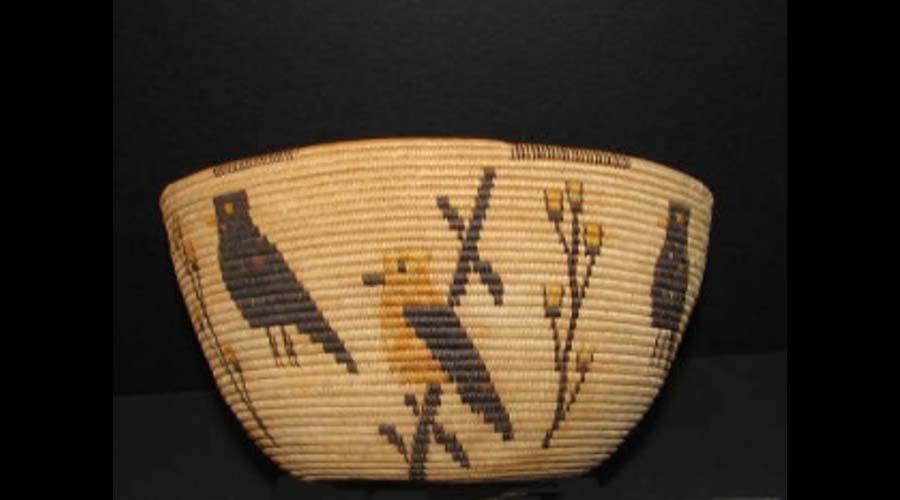 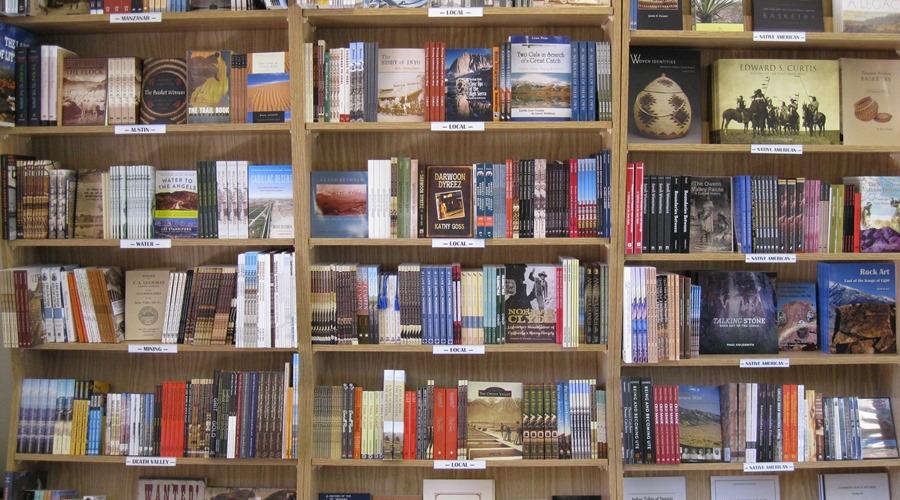 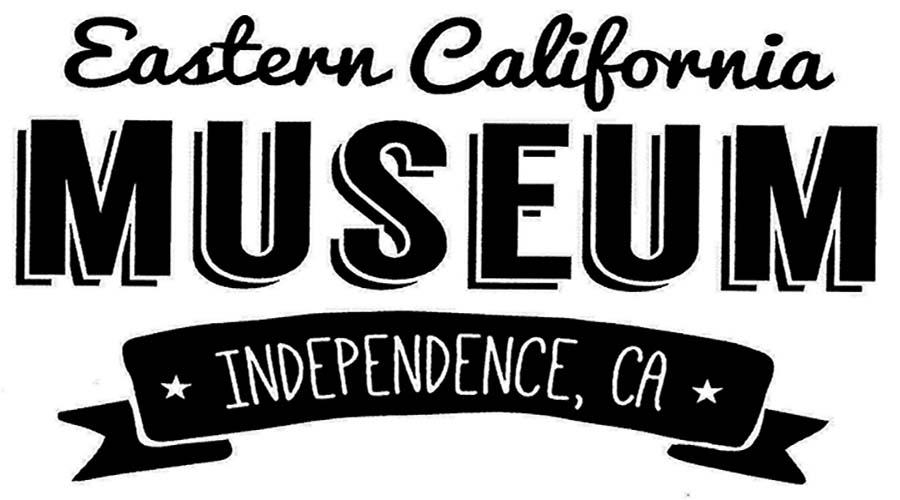 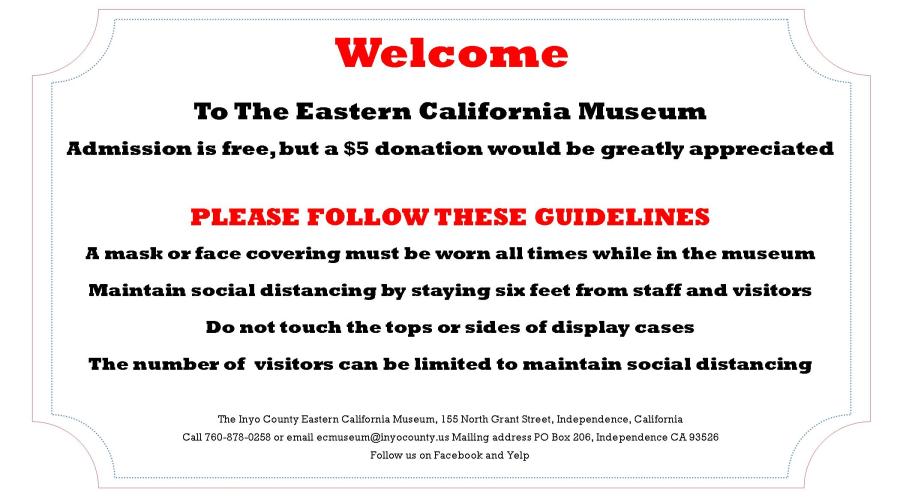 Preserving the history and heritage of the Eastern Sierra.

Founded in 1928 by a group of enthusiastic and knowledgeable volunteers, the Eastern California Museum’s artifacts and exhibits reflect the history of Inyo County and the diverse natural and cultural heritage of the Owens Valley and the Eastern Sierra, from Mono Lake to Death Valley. The Museum building houses the bulk of the collection, with additional artifacts in the Historic Equipment Yard, which is also home to the restored steam locomotive, the Slim Princess. 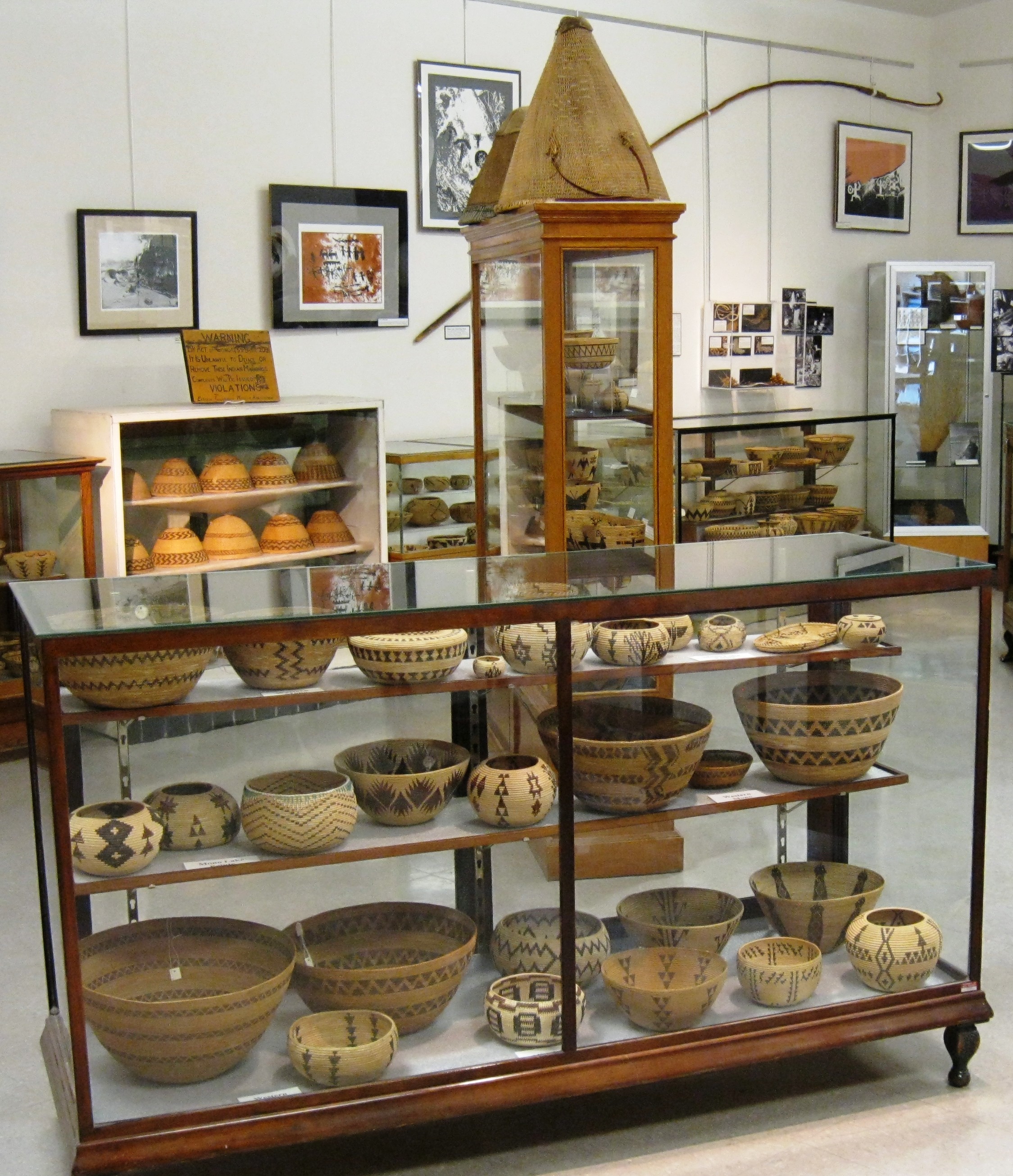 The Eastern California Museum has one of the largest, most diverse collections of Owens Valley Paiute and Panamint Shoshone basketry in the world. The roughly 400 baskets on display offer a spectacular overview of the striking artistry and craftsmanship of the region’s indigenous Paiute-Shoshone people. Featuring ornamental “fancy” baskets and sturdy “utilitarian” baskets, the one-of-a-kind collection occupies the Anna and OK Gallery of Native American Life.

The surprise attack on Pearl Harbor brought America into WW II in 1941. It also created “war hysteria” that resulted in a shocking breech of our nation’s constitutional norms: The forced relocation and imprisonment of 120,000 West Coast Japanese, most of whom were American citizens. About 10,000 “internees” were sent to the Manzanar War Relocation Center, in the Owens Valley. The Museum’s Manzanar collection features hundreds of photos donated by former internees that depict day-to-day life in the camp. The unique collection puts a human face on this regrettable era in the nation’s history. 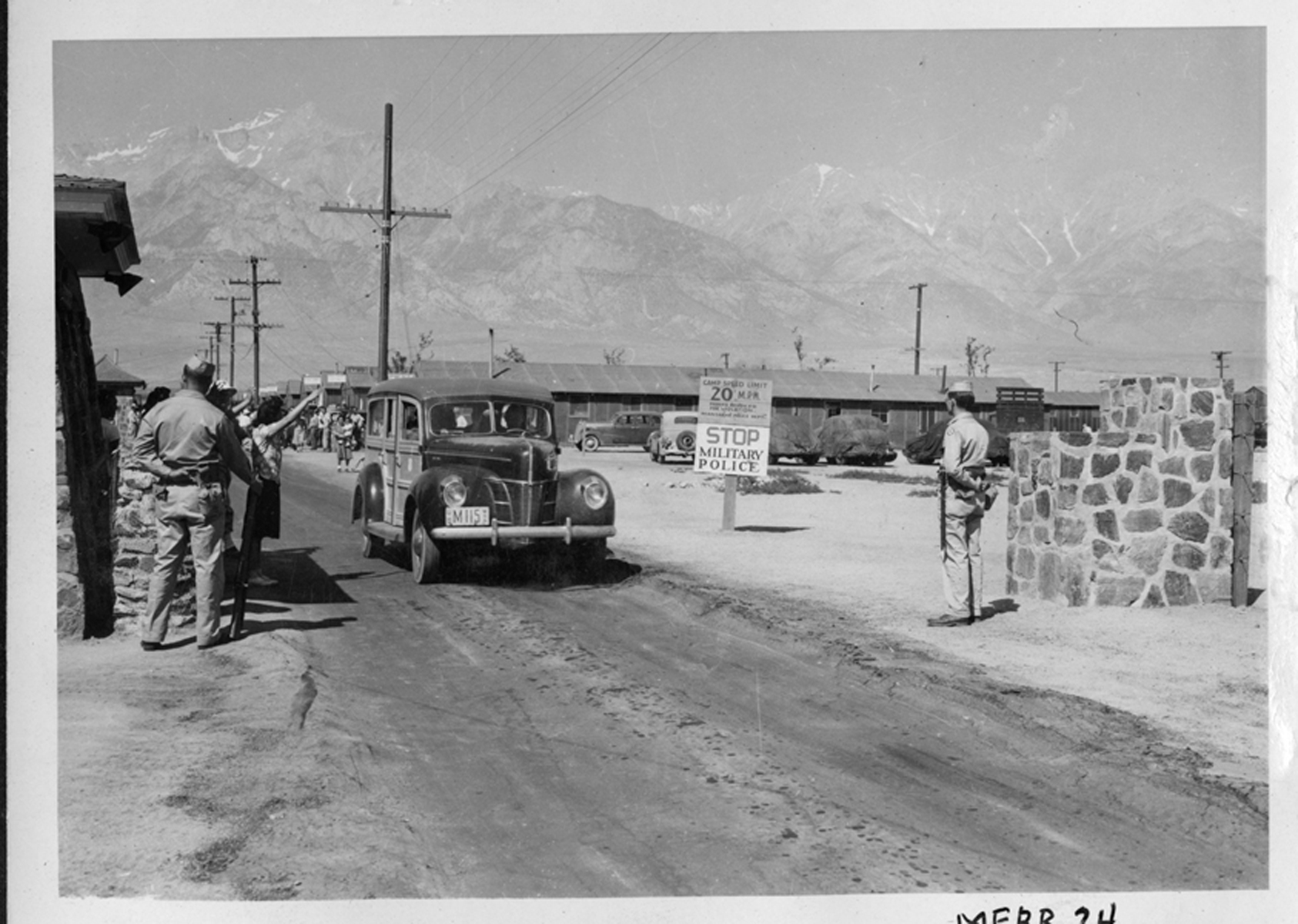 Norman Clyde was a cantankerous Sierra original. The Museum’s exhibit shows how he spent most of the 20th Century creating a legendary life in the mountains. That life, and his famed 80-pound backpack, left an indelible mark on the Sierra Nevada, thanks to more than 100 first ascents, a long stint as a guide with the Sierra Club, work as an author and photographer to document the Sierra’s challenging beauty, and an uncanny ability to perform as a one-man search and rescue party. 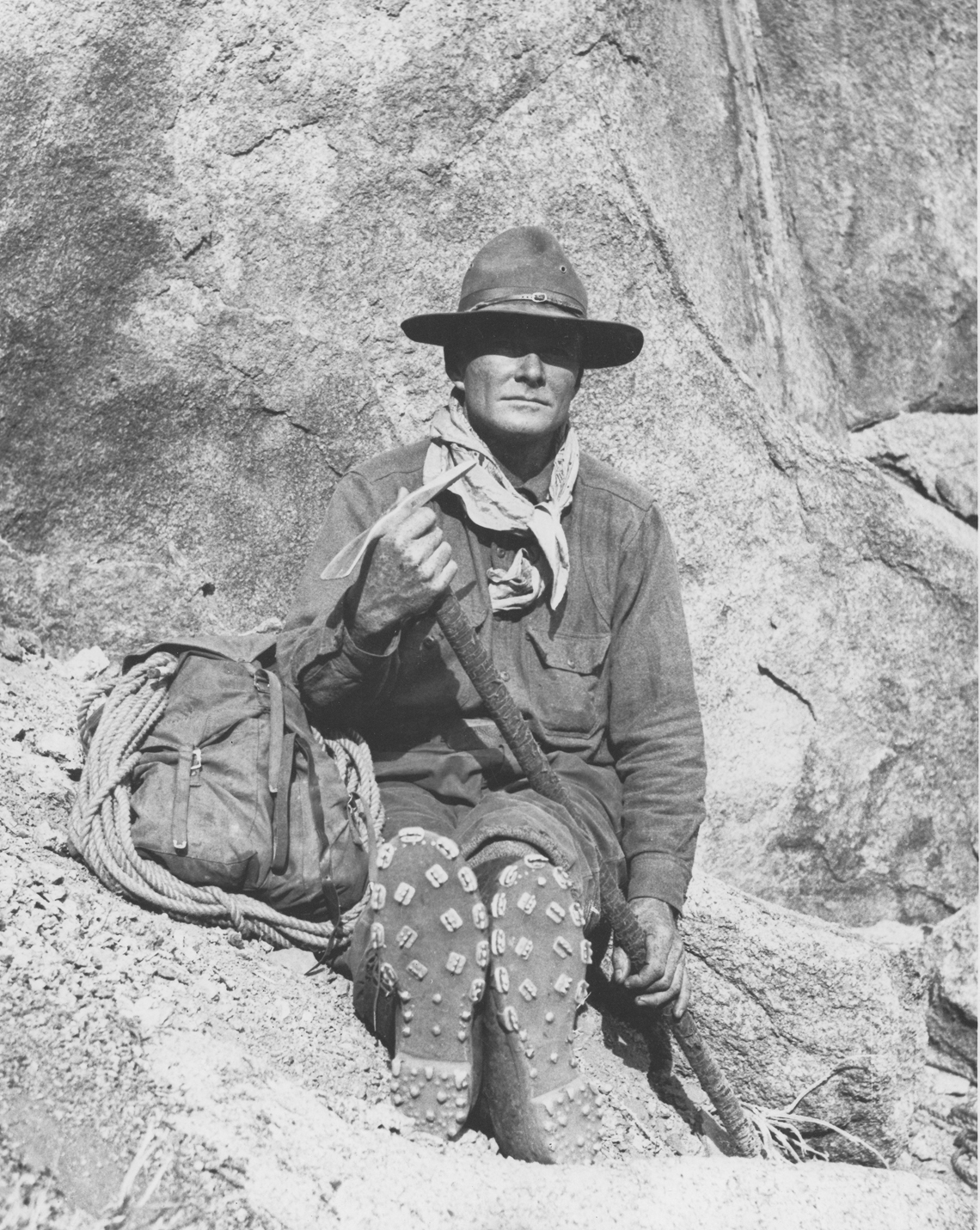 The Museum exhibit “Building Bill’s Ditch: The Los Angeles Aqueduct” tells the story of how William Mulholland and the City of Los Angeles took a mere five years and $24 million to build a 244-mile long aqueduct that carried the water of the Owen River south to the thirsty city. Featured are the infamous “land deals” that started the project, the sprawling construction effort itself, and the local citizens’ protests that culminated in 1924 with California’s “Little Civil War.” 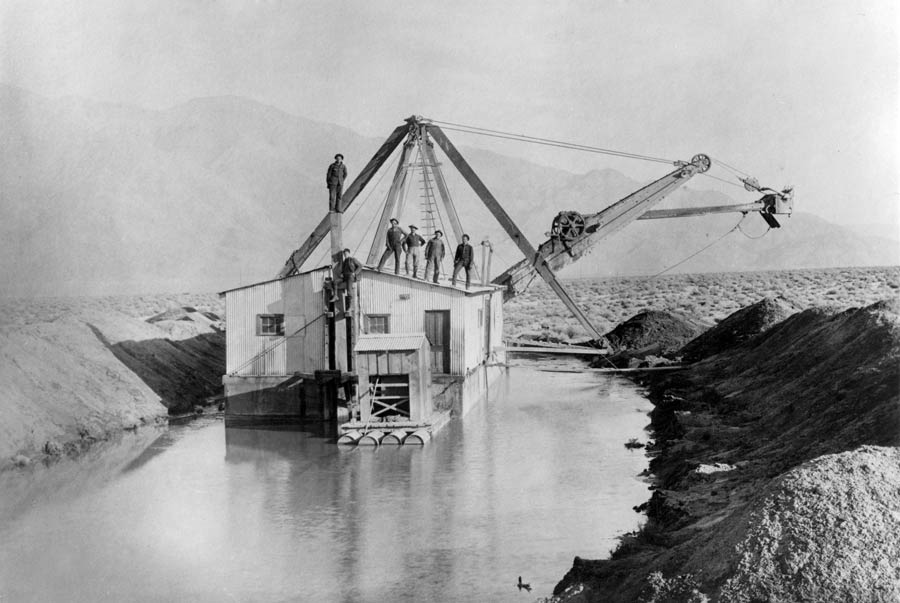 The big, black steam locomotive #18, known as The Slim Princess, was a familiar sight in the Owens Valley. The Southern Pacific engine traveled daily on the narrow gauge rails from Laws to Keeler from 1928 to 1955, when she was retired and took up residence in Dehy Park in Independence. An enterprising group of volunteer train buffs decided in 1996 that it was time to bring the Slim Princess back to life. Decades of work later, the boiler was fired, the bell rang, and The Slim Princess was once again an operational steam locomotive. In 2017, the Museum partnered with those volunteers who had formed the non-profit Carson and Colorado Railway and brought the refurbished locomotive to the Museum grounds and its new home, the Larry Peckham Engine House. On special occasions during the year, the historic locomotive is fired up and run on a short track. (For more on this amazing volunteer effort, visit The Carson and Colorado Railway online at www.carsoncolorado.com.)

The Pioneering Women of Inyo County photo exhibit features the women who left an indelible mark on Inyo County’s history and development over the past 150 years. The exhibit illustrates that many women of Inyo County were not content with merely remaining in the background of life. They were leaders in shaping our societies and the lives of all who inhabited this vast region of Eastern California.  Not only were they influential contributors to their families and communities, they were also active participants and leaders in the fields of medicine, education, science, government, and the arts.

The Mary DeDecker Native Plant Garden is a cooperative effort between the Museum and the Bristlecone Chapter of the California Native Plant Society. The garden features a wide array of plants native to the Eastern Sierra. The garden honors the work and spirit of Independence resident Mary DeDecker (1909-2000), the region's premier botanist. Self-taught, she collected and identified thousands of plant species, and discovered several species. She was also a great supporter of the Eastern California Museum and a strong advocate for the preservation of the region's public lands.

The Edward S. Curtis exhibit consists of photos documenting Native American people and their way of life at the turn of the 20th Century. His work stands as a singular achievement in recording the rich culture and unique aspects of the daily life of nearly 100 tribes. The Curtis exhibit consists of “photogravures.” The prints were struck from the original copper plates in 1978. The process produces prints which have the subtlety of a photograph and the art quality of a lithograph. The rich sepia ink and handmade paper used for the Curtis photogravures are the final elements in the production of these beautiful art prints. The selection of photos on exhibit includes tribal members from the Plains, Pacific Northwest, and the Southwest. 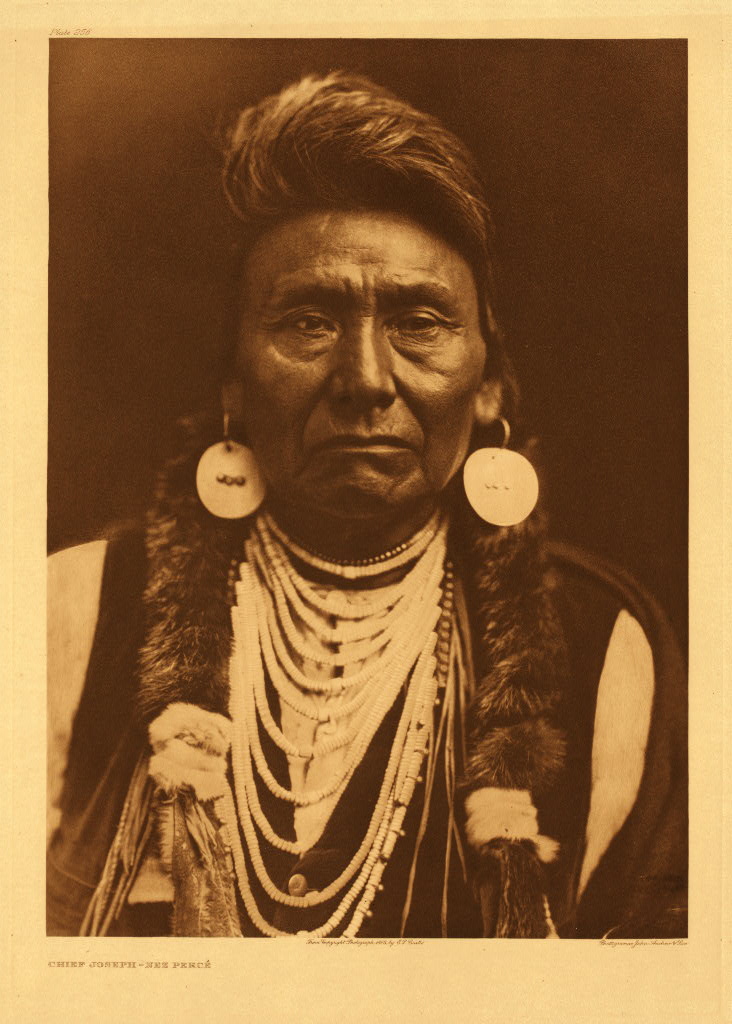 Andrew A. Forbes (1862-1921) roamed the West taking photos, from the Oklahoma Land Rush, in 1889, to Arizona and New Mexico. He settled in Bishop in about 1902, and created an extraordinary photographic record of the region and, more specifically, the area’s Paiute people. The museum has more that 200 of Forbes’ photos with a wide selection of his work on display that depicts the daily life of the Paiute people. As an academic study of his work noted, “Forbes crafted the closest thing to a "straight" record of the situations he found away from his studio as was possible at the time … To Forbes, the Indians were customers, neighbors, friends, and very much alive - people who would gather to sit and socialize on the edge of the boardwalk in front of his studio in Bishop." 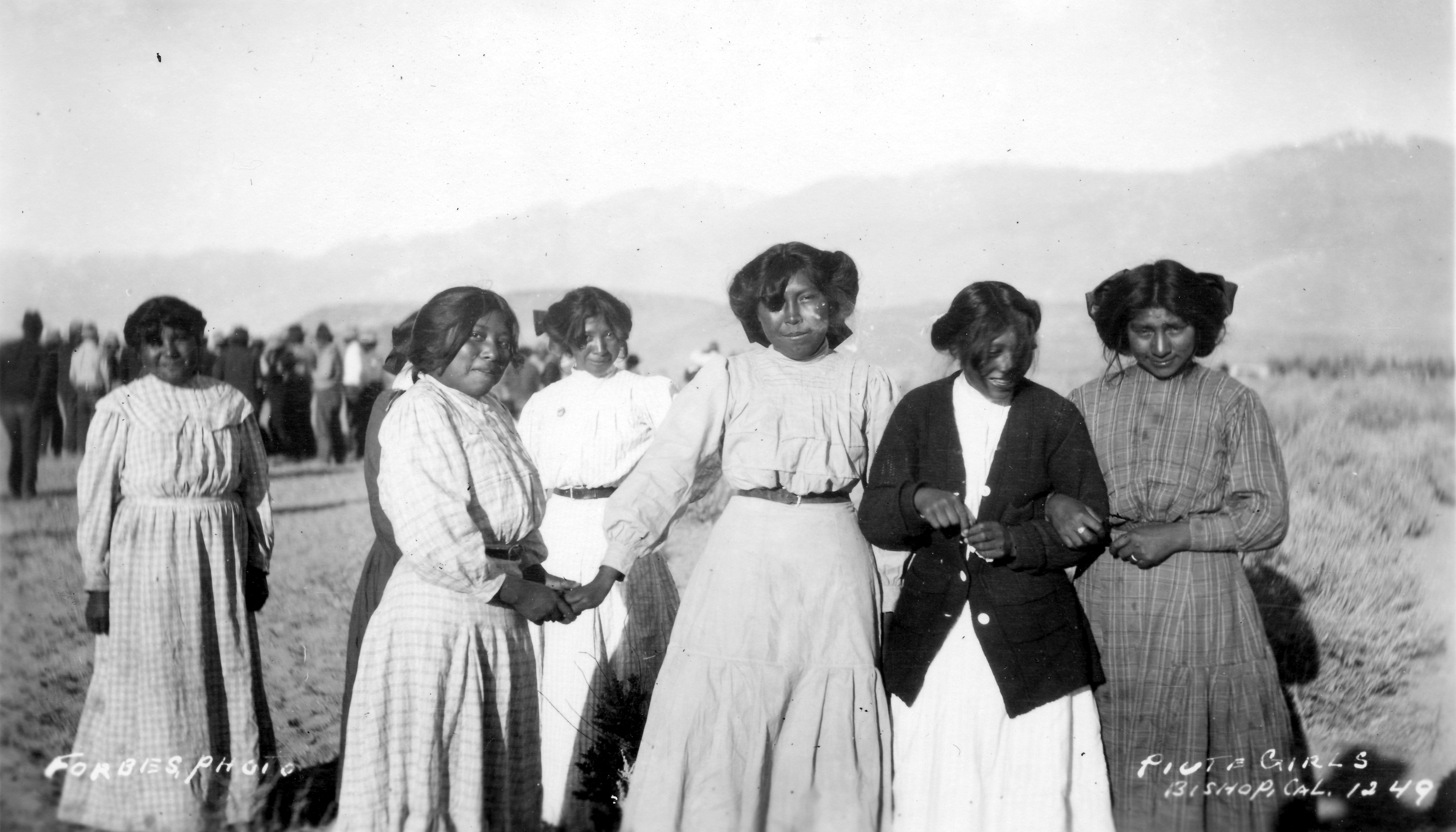 The museum Bookstore and Gift Shop features a wide variety of books for a wide variety of readers. Numerous histories document local events from a unique angle, from the Death Valley mining camps to Owens Valley pioneer towns to the Water Wars and the Los Angeles Aqueduct. An entire section is devoted to Native American topics, such as basketry, history and ancient rock art. Geology and mining are also popular subjects, and are represented by impressive photo books and interesting volumes about the mining era. The Sierra has attracted outdoor enthusiasts for a century, and books detailing the natural beauty of the region, in photos and words, and field guides that help the curious learn about the Eastern Sierra's flora and fauna along with practical tomes on hiking and climbing help visitors explore the sprawling, unspoiled Sierra landscape. There is also a fun and engaging children’s section for younger readers.